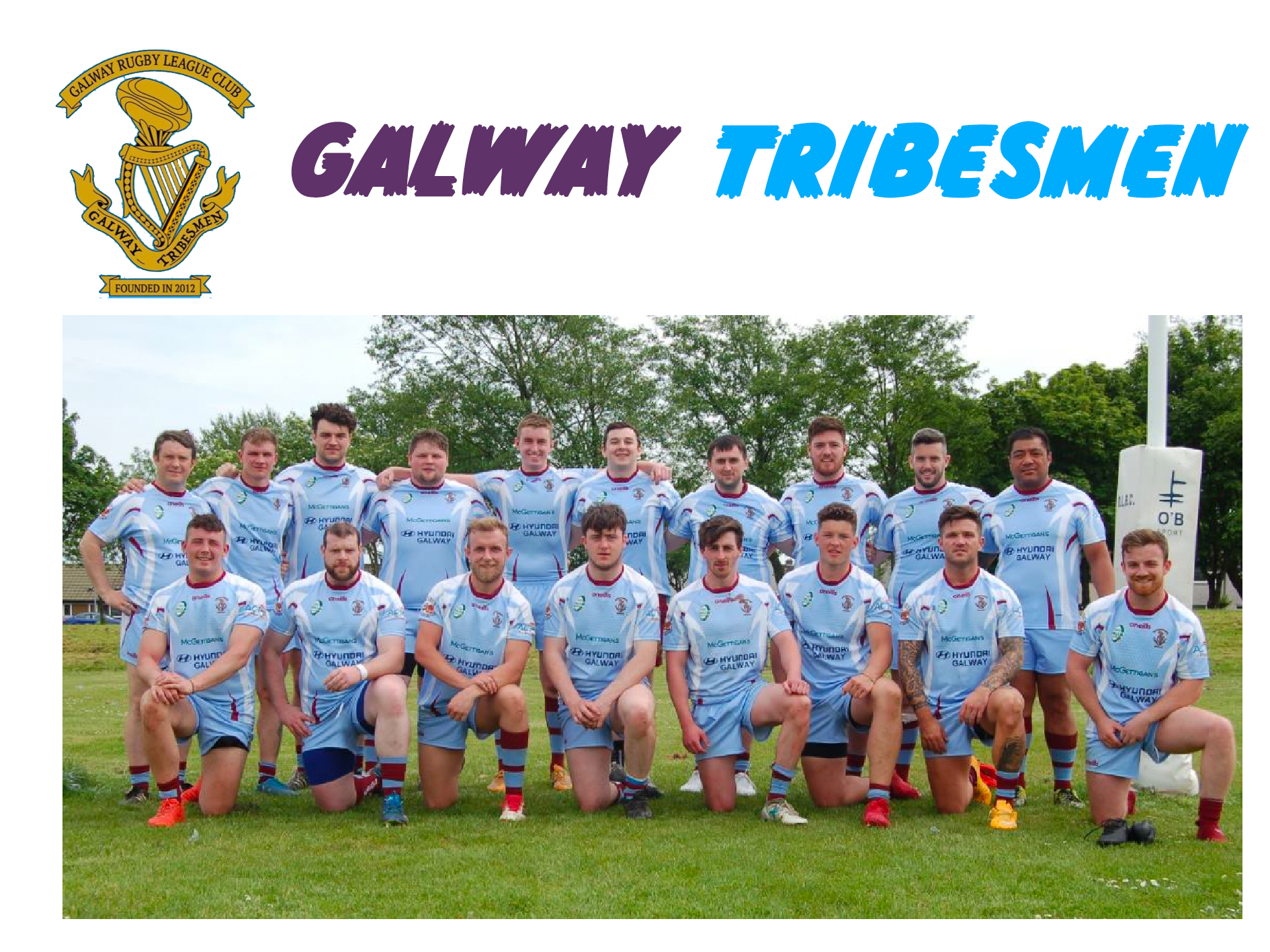 The initial discussions for a new rugby league club in Galway took place in 2011 when a couple of likeminded individuals got together to talk about their ‘vision’ for the future. At the beginning, the club founders were not sure whether a club would be viable in Galway and after amassing a number of recruits through advertising in the colleges and encouraging random ‘rugby looking’ type guys in various bars throughout town to join them a couple of friendlies were arranged.

These initial games during the summer of 2011, against the now defunct Ennis and Ballyfermot teams gave the club a taste of League action. Throughout the following winter, the new club management met on several occasions (always over a couple of pints) to discuss the plans for 2012 including kit design, playing facilities etc.

Training began the following spring with great spirit and in great numbers. The club had been entered into the Munster league which then became known as the ‘Munster/Connacht’ league and the anticipation of being at a brand new club and facing perennial All Ireland Champions Limerick and former champions Cork amongst others provided a great source of excitement and foreboding at the same time.

The day came for the first league game, an away trip to Cork! Training had gone well in the weeks leading up to this and everyone was prepared. A bus was even organised for our inaugural trip away.

However on the morning of the game, a number of people pulled out. After a number of frantic phone calls to coax others along, we had gathered a squad of 12 individuals. The club was forced into a determining decision, do we travel with 12 men, or throw in the towel already! In the end the club decided to travel. The game itself was quite a competitive game although Cork were the eventual winners.

The rest of that season was inauspicious by any standards and the closest we got to a win was against our old friends, the Ballyfermot Bears in an end of season friendly.

The club, however, has gone through a transformative process since those early years and has made improvements every year, which culminated with being crowned All Ireland champions in 2016.

At lot of hard work and dedication has gone into the project in the intervening period and it would be remiss not to acknowledge a few. ‘Ginger’ John Tyerman came to watch us at our 3rd game and has been roaring from the side-lines since and has been at the heart of everything Tribesmen related. Anthony and Maggie Leifi were instrumental in raising standards in the lead up to our All Ireland winning year. Matt Brown has been head coach since 2014 and has been improving playing standards ever since.

Since 2016, the Tribesmen have been usurped by the Longhorns, who have made history themselves by participating the Challenge Cup competition 2 years running. However the Galway club has been holding on to their coat tails since and it is only a matter of time until the balance of power is restored.