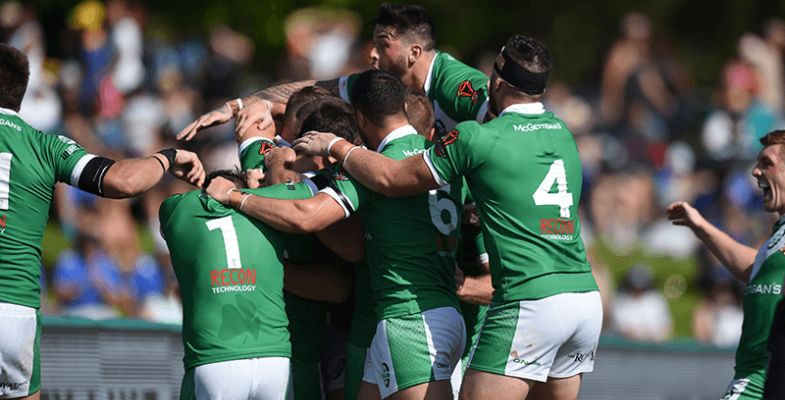 Joe Keyes is looking forward to facing Wales after being named in Mark Aston’s sqaud for Sunday’s game.

The 22 year old stand off, who was born in Enfield is hoping to play in his first World Cup game after missing the games against Italy and Papua New Guinea.

Keyes told RTE that he is hoping to be picked for Sunday’s game and this is all part of his journey to the top.

“It would mean everything if I got picked,” said Keyes.

“My dad is flying down and he’s been a part of my journey since I was little so to represent Ireland in a World Cup in Perth in front of him would be a dream come true.”

Ireland have to hope that results go their way this week if they want to make it to the quarter finals, with the Wolfhounds needing the USA to defeat PNG to advance.

“If we don’t qualify, we’ll do everything in our power to finish on a high and put in our best performance yet,” Keyes said.

“It would be a big achievement to get two wins out of three. I still can’t really work out why only one team goes through from our group but three go through from other groups.

“I can’t fault the boys’ effort in the last two games,” Keyes said.

“Against Italy it was outstanding and I thought we were unlucky not to get anything out of the game last weekend because I thought we matched PNG in most departments.

“We’ve turned a lot of heads in this tournament. Not many people expected much from us but the boys dug in and it’s rewarding that we’re making a bit of a name for ourselves.

“It’s been amazing. We’re all close as a group, a passionate bunch too, and we’ve gelled really well.”

Another player who will be playing in the game against Wales is Belfast born prop Matty Hadden. The 27 year old has spent the last two seasons at Championship side Rochdale scoring three times in 21 appearances.