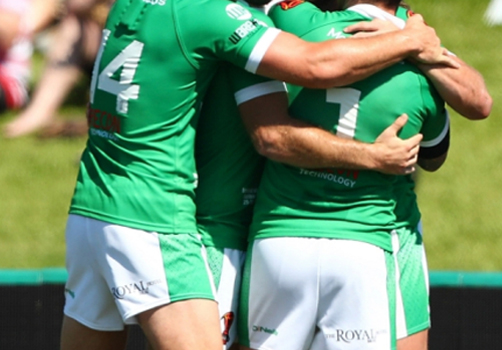 Ireland take on Scotland on October 27th with a new ground in Morton Stadium Santry, and a new head coach in Stuart Littler.

If you wish to be put on the ticket list for the Scotland or France matches in the European Championship, please email media@rli.ie

Ireland announced their new head coach in former Irish International, Stuart Littler who had previously been capped 19 times for the Wolfhounds.

Speaking of the announcement today, RLI Chairman Barry Coade spoke of his excitement with an Irish team that has, “no shortage of passion, commitment and skill.”

“We at Rugby League Ireland are delighted that Stuart Littler has accepted that role as coach for the European Championships.

“The team has been left in great hands and will be well up to the job after Mark Aston left the side not only well organised but also hungry.

“There will be a fire brewing in this team, so we are looking forward to what they can bring.” RLI Chairman Barry Coade stated.

Ireland’s last match was almost a year ago in the 2017 Rugby League World Cup where they succeeded in a victory against Wales.

They are looking to bounce back after the disappointment of not getting through to the knockout stages, despite only one loss to Papua New Guinea in their group.

If you wish to be put on the ticket list for the Scotland or France matches in the European Championship, please email media@rli.ie