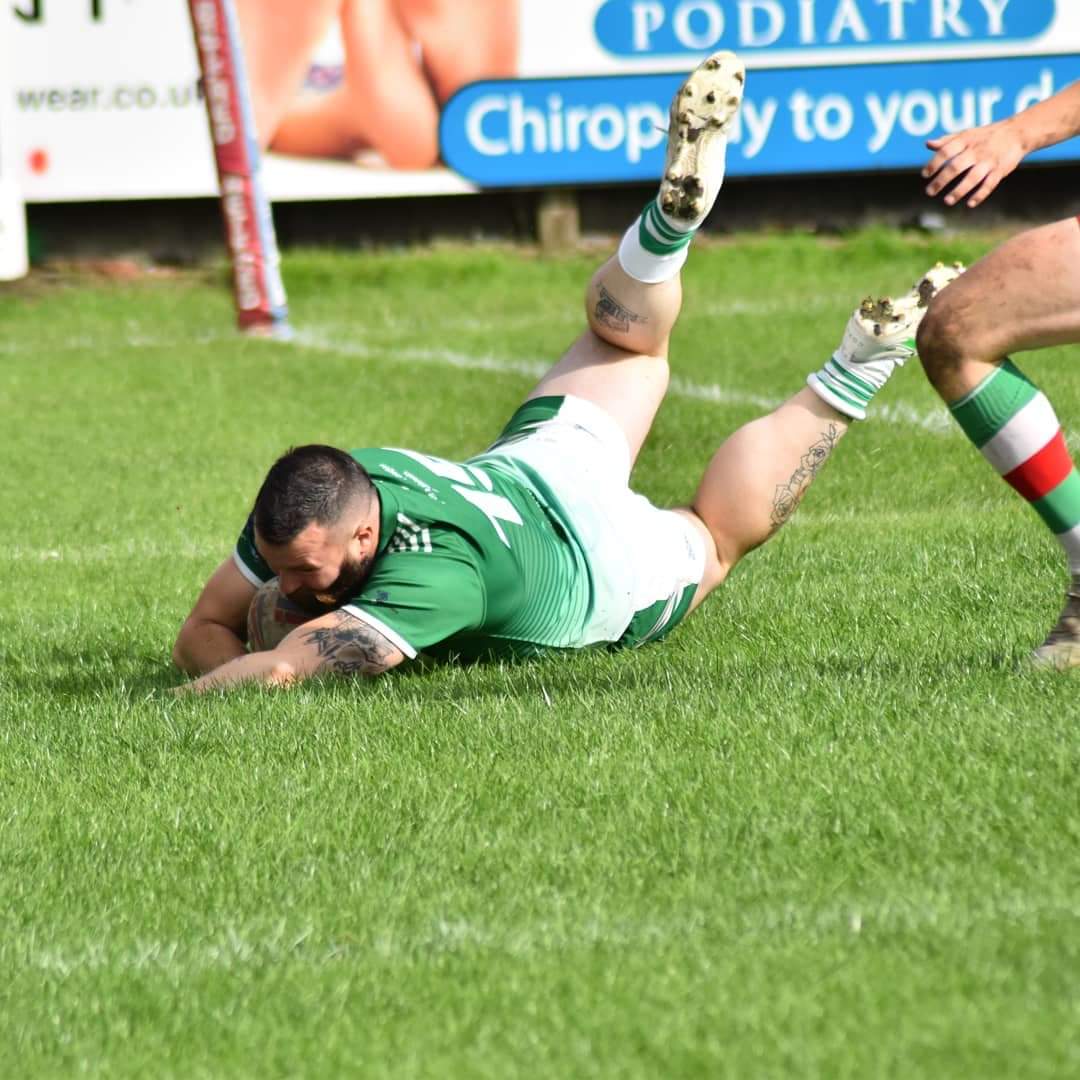 Scoring on my debut for the Irish clubs

How did you get into Rugby League?

Started playing league with the Tallaght tigers in 2010 before I moved to Canada and continued to play over there and play internationally for Canada for 5 years.

I moved back this year to play with the Dublin city exiles, seen as they where the closest rugby league team to me and I know one or two of the lads that where playing with them already,

What was it like being back home in Ireland playing with the Dublin City Exiles?

It was great to jump back into league as soon as I moved back home, the exiles had a lot of new player this year that had never played league before so I wanted to help out with the team and bring some of my experience into the club,

The lads did amazing and loved been part of the team.

How did you get involved in the Irish Clubs XIII?

I had been invited to the club's training after my second or third domestic game this year, my goal was always to try and make the squad but I never thought it would happen as soon as it did,

So getting to be picked to play against Keighley was a huge honor which was mad even better by getting the win and making history with the Irish clubs,

What are you most looking forward to ahead of the weekends game?

Looking forward to this weekend's game against Featherstone, to try and build off the back of our last win and keep the ball rolling and do the squad and my family and friends proud,

Hopefully we are able to make it back to back wins.