Littler names his side for the upcoming World Cup Qualifiers 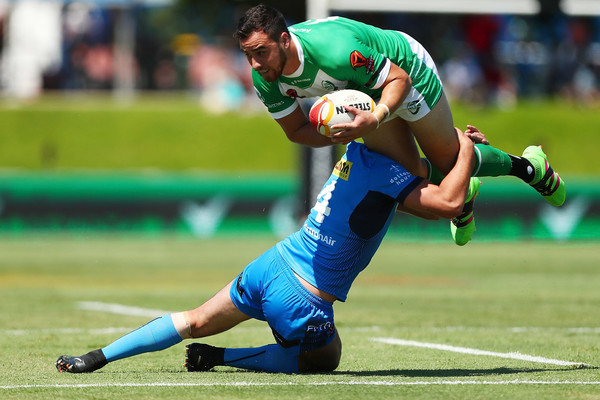 Toronto Wolfpack hooker Bob Beswick has been appointed as captain of Ireland for their 2021 World Cup European qualifiers.

The former Wigan and Leigh forward takes over from the long-serving Liam Finn, who retired from the international game at the end of the 2018 season.

Beswick said: "I'm really looking forward to playing for Ireland again with the goal of World Cup qualification our focus.

"To be selected as captain is a surprise but I'll do my best to carry on in the same direction that Liam Finn has pushed us over the last decade.

"Hopefully we can continue to develop the grassroots game. I look forward to working with everyone when we get over and getting down to work."

The Wolfhounds are in Pool A alongside Italy and Spain, with the top two nations going through to the 27 November tournament draw.

Beswick is joined in coach Stuart Littler's 37-strong train-on squad by his Toronto team-mates Anthony Mullally and Liam Kay and there is a recall for former London Broncos stand-off Api Pewhairangi alongside 11 players from the Irish domestic league.

Littler said: "Our squad has a youthful look to it with some added quality.

"We are excited as to what the future holds for Rugby League Ireland. The work done domestically this year has been exceptional and a real step forward.

"The World Cup is just around the corner and this tournament will assist with the future development and exposure of our players to the international environment."

Ireland open their campaign against Spain in Valencia on 26 October and meet Italy in Santry on 9 November.