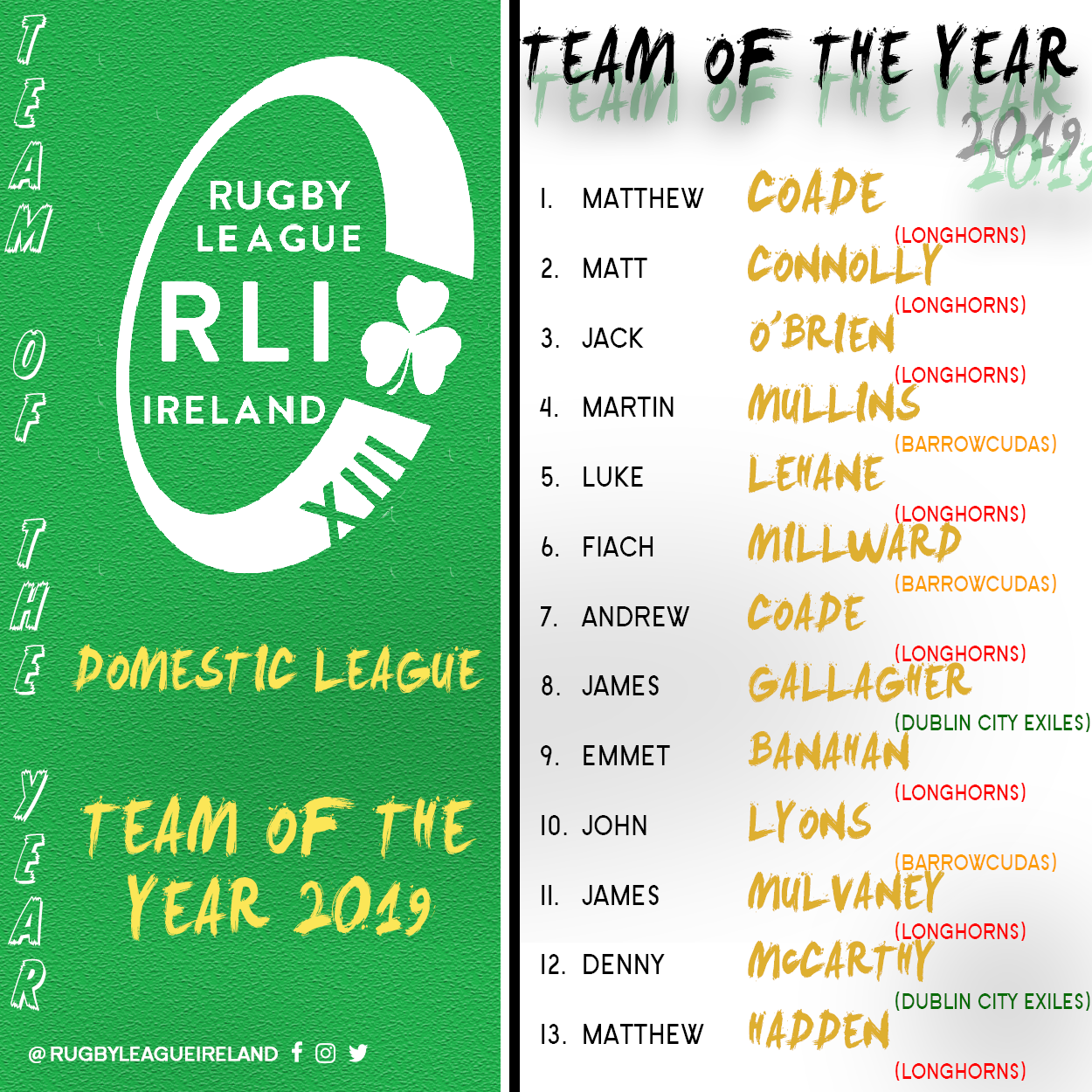 Over 80 games played so far in what has been a record season for Rugby League Ireland. Growing from strength to strength from the domestic clubs side winning their first game against English Opposition in the summer and the Senior Team on the cusp of World Cup Qualification.

However, the heartbeat and strength of Irish Rugby League is its club game, the volunteers who give up endless hours in order to ensure the game is there to be enjoyed. The Irish Domestic League is fully amateur although players in the past have graduated onto Super League Clubs with the most recent being Ronan Michael who started his trade with the Longhorns. Knowing that the skill, talent and dedication was there, Kenny Caladine manager of the Irish Clubs XIII and Student Sides had the brain wave of starting a team of the week with a team of the year to culminate it all.

“We’ve seen an increased amount of quality in the league and we have also had a good look at the players who have then earned the right to play for the Irish clubs side or the Ireland 19’s.

The creation of the team of the week, led to greater performances, more players being spotted and a number of players making the step up to the senior team, with the full back for the team of the year Matthew Coade making his senior debut against Spain last week. This ensured players always had an avenue to impress and therefore made the league itself more competitive with no team going undefeated to the title. Longhorns again dominated the league with some impressive performances and their experience was just too much for Dublin City Exiles in the end. However both teams make up the bulk of the team of the year, with the Barrowcudas playing out of Carlow and only new to the league this year throwing in their tuppence worth.

All the players selected for the team of the year will be awarded a commemorative plaque on the 9th of November during the half time of the Ireland v Italy World Cup Qualifier in Morton Stadium. Buy your tickets NOW!!