home / news / The Irish Wolfhound: Part of who we are

The Irish Wolfhound: Part of who we are 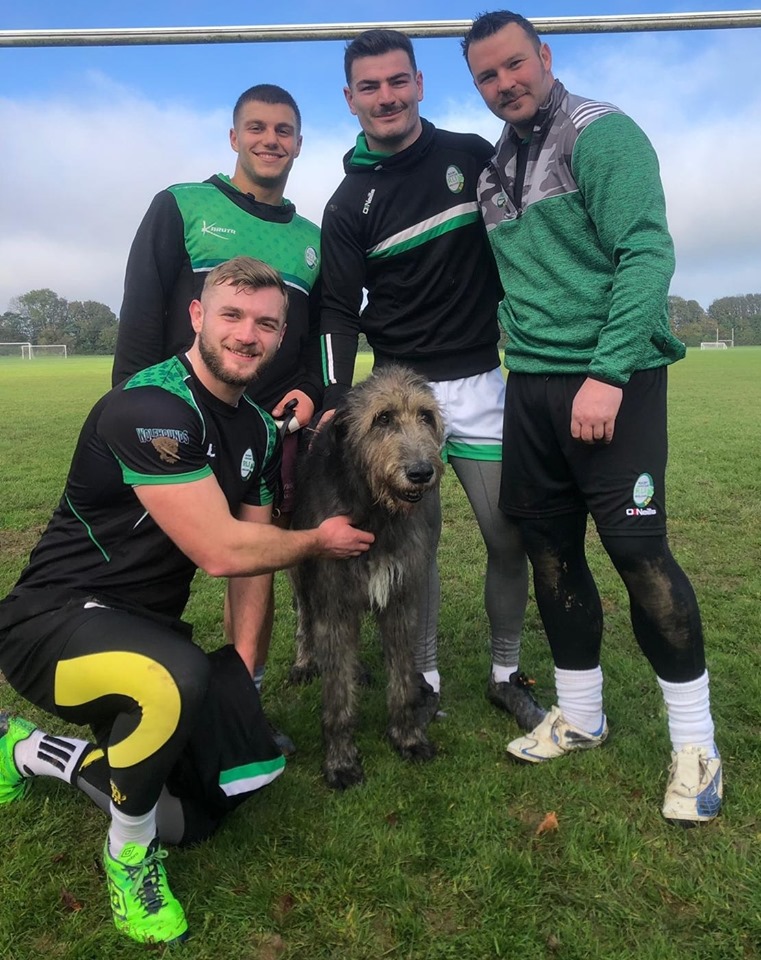 Part of who we are 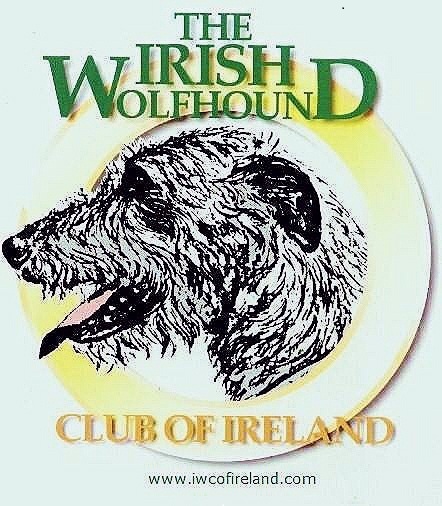 Ahead of Saturdays Double header and the visit of Italy and England Lions to Morton Stadium, we caught up with Anthony Dunne, Chairperson for the Irish Wolfhound Club of Ireland who wrote the excellent piece below exclusively for RLI. The Irish Wolfhound is the national dog of Ireland and also the mascot to Rugby League Ireland. Last year saw Aoife a female Irish Wolfhound lead out Liam Finn and the Irish team for their home matches of the European Championships. Unfortunately aoife passed away in April, with Domhnall a 7 year old male ready to take the reins and lead Ireland out onto the field in their final game of the World Cup Qualifiers v Italy, and also the Irish Clubs XIII side against England Lions.

The first written account of these dogs was by a Roman Consul Quintus Aurelius in 391 A.D, writing to his brother Flavianus as follows:

“In order to win the favour of the Roman people for our quaestor you have been a generous and diligent provider of novel contributions to our solemn shows and games as is provided by your gift of seven Irish Wolfhounds.  All Rome viewed them with wonder and fancied they must have been brought hither in iron cages. For such a gift I tender you the greatest possible thanks.”

Irish Wolfhounds were already established in Ireland in the first century A.D. when Setanta changed his name to Cu-Chulainn (the hound of Culann). Mention is made of the Uisneach (1st century) taking 150 hounds with them in their flight to Scotland. Irish hounds undoubtedly formed the basis of the Scottish Deerhound.

“I give thee a dog which I got in Ireland

Moreover, he hath a man’s wit and will bark at thine enemies but never thy friends

Pairs of Irish hounds were prized as gifts by the Royal houses of Europe, Scandinavia and elsewhere from the Middle ages to the 17th century. They were sent to England, Spain, France, Sweden, Denmark, Persia, India and Poland. In the 15th century each county in Ireland was required to keep 24 wolfdogs to protect farmers’ flocks from the ravages of wolves.

Llewelyn Prince of Wales (AD 1210) so loved his Irish Wolfhound Gelert that he is immortalised in a 24 verse poem entitled “Gelert, Llewely’s Dog”

“The flower of all his race

So true, so brave – a lamb at home

A lion in the chase”

The Cromwellian prohibition (1652) on the export of Wolfhounds helped preserve their number for a time but the gradual disappearance of the wolf and continued demand abroad reduced their numbers greatly towards the end of the 17th century.

In the 19th century, through lack of use, continued export and the great famine of 1845 – 1848 the Irish Wolfhound was a rare luxury very few could afford in Ireland.

In spite of the tribulations of the time there was an on-going and active interest in the Irish Wolfhound. In the 1840’s an Irish Wolfhound breeder Captain Hugh Richardson of County Tyrone took steps which successfully saved the breed from extinction. On the death of Richardson the breed was fortunate enough to have Sir John Power of Kilfane in County Kilkenny continue the work of Richardson and his predecessors. In 1862 a friend of Sir John’s, Captain Graham became interested in the breed and devoted the rest of his life to safeguarding the breed by spending many years in Ireland working with Sir John, identifying and breeding from the best blood lines to give us the hounds we have today.

The Irish Wolfhound Club was established in 1885 its founding members coming from the Islands of Ireland and Britain. The early 1900’s brought change in Ireland, World War 1, Irish War of Independence and the Irish Civil War changed the social fabric of Ireland and Britain. Ireland regained Independence in 1922 and all walks of life set about establishing the organisations required for the day to day running of the state.

The Irish Wolfhound Club of Ireland are delighted to work in partnership with Rugby League Ireland since 2017 in the joint promotion of our National Team and our National Dog.

Ireland Senior team will take on Italy this Saturday at 7pm in Morton Stadium in the final game of the World Cup Qualifiers.

Ireland Clubs will raise the curtain to Saturdays game against England Lions with kick off at 4pm in Morton Stadium. Domhnall the Irish Wolfhound will lead out both sides and will be available for pictures afterwards with spectators. However be sure to buy your tickets today to avoid disappointment!