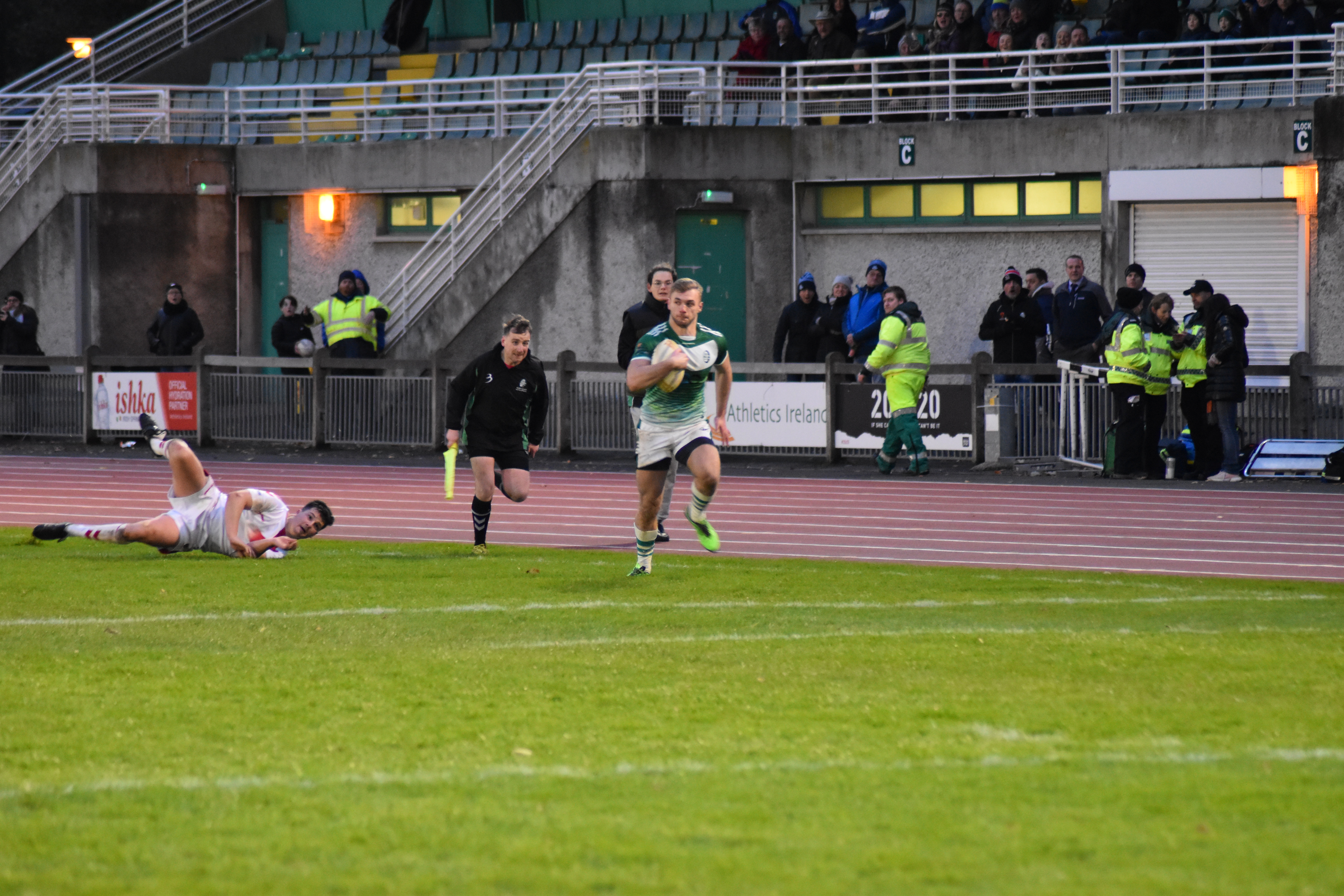 Don’t ever let the weather get the better of you. That’s what both teams decided today as a

anticipated clash was allowed to commence.

by going high. The yardage gained was soon negated by an offside penalty by the Irish. The English

The Irish then had a spell of sustained pressure near the English line but the Lions stood firm. The

Irish got a break with a double set and Tiernan crashed out wide. Ireland had a greater share of

possession but couldn’t penetrate the English defence and the English, with good hands to the right

and a tackle break by the Fullback, Sowerby and the lead was extended with a well taken try.

back three with high balls (which were expertly managed).

The English opened the gap further, just after the half hour mark with a well worked right to left

hands try, giving Jack Watts the ball and the momentum to score a try and Poskitt converted and

they very nearly went further ahead but the ball was left behind on a reach out for the line.

Connolly, despite attention from the English scrambling defence. And the teams went in at half time

The English went close on their first set in the second half and dominated the early territory. The

Morrison wasn’t dealt with and Seosamh McDonagh dived on the ball to score the try, with Fiach

with by Sowerby. A head injury then caused a slight delay in the game but thankfully Poskitt was

able to regain his feet and walk off; tough as teak.

held out for several sets. England then moved up the pitch and kept the Irish trapped in their own

conversion from out wide.

pirouette over. As fatigue set in and a sudden shower burst hit the pitch the ball became difficult to

keep for the sets of six but both teams worked hard to ensure they used the ball to maximum effect.

appreciation to those watching.